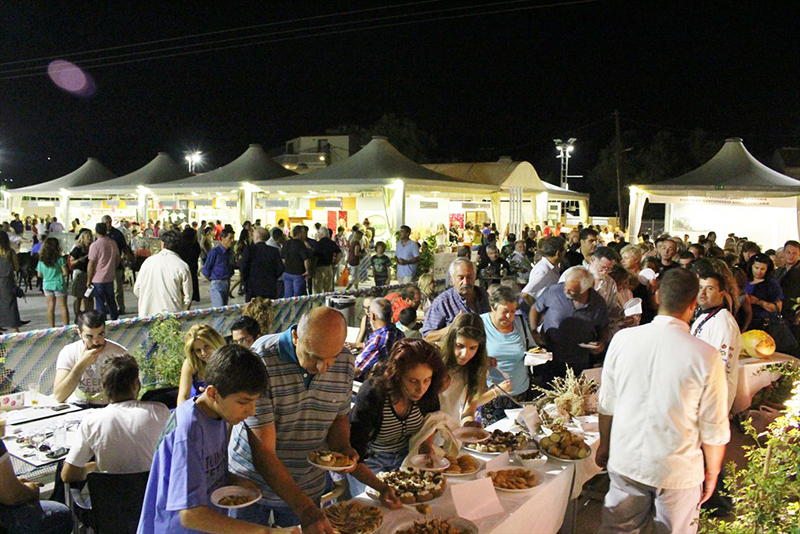 People who live in the Region are always celebrating one thing or another. Festivals and events occur all the time, and are normally accompanied by food and various forms of live entertainment. Visitors and tourist typically enjoy the food at the festivals since most items are cooked on-the-spot and are contain traditional Greek ingredients.

Following are some of the most popular festivals in Chania:

Chania Summer Festival: This festival occurs each year from July through September. The festival includes many live performances (musical, dance, theatrical). Some of the live shows are related to Shakespeare, Cretan dancing, opera, and ballet.

Celebration of the Virgin Mary: This is one of the most important religious festivals that occurs in Chania (as well as the entire country of Greece) each year. The celebration occurs yearly on August 15.

Battle of Chania Celebration: This festival occurs from May 20 through May 30 each year and celebrates the anniversary of this Battle. The festival includes various sports competitions.

Sheep Festival: On April 23 each year, there is a festival that is focused on sheep. Thousands of them are brought to the Village of Assi Gonia and they are honored as well as milked. The people attending the festival can all taste the milk and also partake in the rest of the activities – eating, dancing, and socializing.

Agia Sofia Religious Festival: On the Tuesday after the Orthodox Easter at 10.00 am, on the road to Elafonisi, at Topolia Gorge, In the Cave of Agia Sofia every year there is a religious Festival. The church is some 300 steps above the main road don't let this make you miss this highly recommended event. It is organised by the local parish and the people of the Village Katsomatado. The organisers prepare traditional food and plenty of local wine, live traditional music is also organised. It is free of charge and everybody is welcome. So, The Tuesday after the Orthodox Easter in the morning after 10.00 am. everybody is welcome.

Christmas and New Year festivities The 12 days of Christmas are celebrated between 24th December and 6th January.

Epiphany on the 6th January is the Holy Blessing of the Waters - waterside ceremonies.